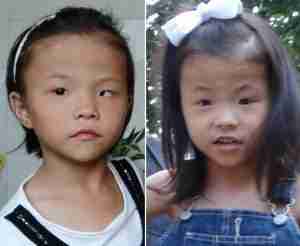 A tiny, shy little girl walked in. She was one of the last interviews in her orphanage, but did not speak a single word the entire time. Our interview team discussed her needs and delays with social workers. However, what wasn’t spoken of specifically — but was clearly at least one factor in her mounting delays — were her profoundly crossed eyes. She would move her head from one side to another, as if that would help her focus. With each photo I took, her eyes moved drastically and, sometimes, one eye would all but disappear as she tried to focus. It wasn’t a question of if she needed eye surgery, but when — and how.

Hoping against all hope that I could secure permission for the eye surgery, as well as the means to fund it, my husband and I committed to hosting this little silent one in the summer. Our primary goal was to provide life-changing surgery for her during the four weeks of hosting with a sincere hope that it would advance her opportunities once back in China, particularly to begin getting an education. In the initial weeks that followed our hosting commitment, it appeared surgery would be out of the question because permission just wasn’t coming through from her orphanage in China. Knowing there was no point in planning a surgery for which permission had not been granted, we all but assumed surgery to be a lost cause.

Suddenly, a mere 14 days prior to her arrival, we receive a power of attorney from the orphanage allowing surgery to be performed. I only had 14 days to try and secure surgery for this little girl.

Well, social media to the rescue. I wrote my plea, begging for anyone connected to an eye surgeon to please share our China host daughter’s need. Literally hundreds of people shared that post and, eventually, one doctor reached out and requested that we contact him directly. By this time, there was only seven days until her arrival from China.

One phone call revealed an eye surgeon with the desire to perform the surgery pro bono. The only glitch? We still needed a surgery center and anesthesiologist willing to do the same. The surgeon’s office took the lead, calling their contacts at the local surgery center, who then had to take it before their board of directors. Finally, it was official and everyone was committed to performing the surgery for this little girl pro bono!

At this point, her arrival was only two days away and surgery was scheduled for just after her arrival. The rally of supporters, advocates and medical personnel was positively amazing to watch. I could actually call the process seamless. After a preliminary appointment to confirm her needs and a pre-op, she was scheduled for her life-changing eye surgery.

When I checked us in on the day of surgery, I began to realize the magnitude of what was happening. In seven years of working there, the attendant had never seen a pro bono case. The tiny, silent girl from China was the first.

Surgery went well and, with one week of eye drops, rest and several more follow-up appointments, our host daughter was seeing in focus for the first time in her life. The transformation was incredible. She was able to look at us directly, without so much tilt in her head. She picked up books and toys as if seeing them for the first time. Without a doubt, hosting was a life-changing experience and a major medical need was met through the generosity of a medical community in Atlanta, as well as the many supporters of our family’s decision to host — and heal — a little girl from China. 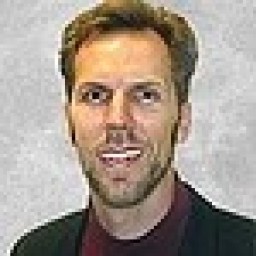