Letter to the Unsure Host Dad 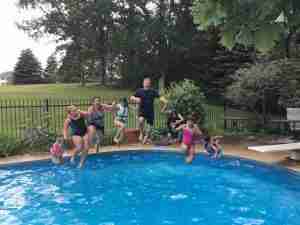 Last December, my wife and I celebrated 26 years of marriage.  Being the hopeless romantics that we are, our plans included indoor rock climbing followed up by ice cream. Why? Because the night was really centered on our host daughters — “A” (14) and “V” (8).  “A” really took to the experience and her athleticism and competitiveness had a place to shine.  There was no climb that she would refuse. On the last and toughest climb, she was stuck about 75% of the way up, but would not give up.  She just kept taking a break, catching her breath and chalking up.  Finally, she made it to the top! When she got back down to the floor I had the chance to put my arm around her shoulder and tell her, “That was pretty cool!  We really enjoyed watching you climb tonight.  We are very proud of and admire the fact that you never gave up.  I hope we can do that again some time.”

To me, that right there, is hosting in a nutshell.  When’s the last time anybody said anything like that to her?  When’s the next time anybody will say something like that again?  Or has it ever happened?  Maybe she’s fortunate enough to have good caregivers in her life that encourage her in that way.  But in an orphanage setting, the chances are, at the very least, diminished … if not non-existent.

If you’re anything like me, your head is full of questions about hosting and you’re a bit reluctant (okay, maybe more than just a bit).  If so, I can relate because I was once that guy. Believe me. I get it. I’ve heard it said that one person in a marriage relationship is generally more free in spirit and the other is in charge of all of the “but what about this” questions.  Once again, I can relate because I was once that guy.  I still fill those shoes and likely always will to some extent.  I’m hard-wired that way. I have noticed that more men than women tend to be hindered by the same list of questions that I had.

A few weeks ago, a friend posted a link to a blog by Jason Johnson.  He perfectly described what life has looked like in our home over the last 6 years and the one thing that vividly stood out to me was this:

There will never be a right time for us to do this; there will always be a reason not to. But … there are kids out there that need us now. The time is now. (-Jason Johnson)

Yes, you should ask questions.  Yes, you should be wise.  Yes, you should do what you think is in the best interest of the host child and your family.  Just don’t let your questions and reluctance stop you in your tracks.  Don’t let them hold you up from stepping into this space and saying yes to hosting. We have now hosted 17 children (some more than once) during nine different host periods since the summer of 2010.  This last summer we had the honor and privilege to re-host “A” and “V” along with five of their other siblings “K” (13), “D” (12), “A” (11), “S” (7) and “M” (6).  (Yes! Seven at one time! That’s a whole different story and blog post.) I am confident that we have had a positive impact in some way on each of the children we’ve hosted. 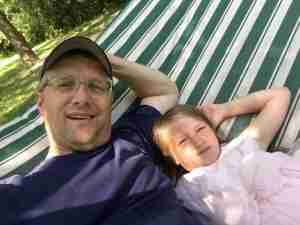 Was hosting always easy? No. Sometimes it was downright messy and hard.  But you know what?  I think our own family has been downright messy and hard at times. I’m also confident that this has had a positive impact on our family.  It has permanently changed us for the better.  It has absolutely softened my heart.  Something very deep, distinct and permanent happened in my heart during these last two hosting periods.  Again … Easy?  Not always. But the beautiful moments far outweigh the others.

Thank you Collette family for your role as a Project 143 host family for so many seasons!